Drew Endy is an Assistant Professor of Bioengineering at Stanford. He earned a BS and MS in Civil and Environmental Engineering, respectively, from Lehigh University and a PhD in Biochemical Engineering from Dartmouth College. His wife, Christina Smolke, is also an Assistant Professor of Bioengineering at Stanford. Drew joined the Stanford faculty in late 2008, having previously studied with and served on the Biological Engineering faculty at MIT. At MIT Drew helped develop and taught 8 new courses during the launch of MIT's then-new undergraduate major in biological engineering. Since arriving at Stanford Drew has led the development of BIOE.44, a new sophomore laboratory course in synthetic biology, and also BIOE.244, a new upper level course on advanced genetic engineering. Drew serves on the Building 4 Faculty Planning Committee and also recently joined the Bioengineering Undergraduate Curriculum Committee. Drew's on-campus research group provides an environment for students to learn how to best advance biology as a technology. Current student-led projects include the design and implementation of scaleable genetically encoded information storage systems, and also genetically encoded cell-cell communication systems in which the channel and message can be decoupled so as to support the transmission of many messages via a common channel. Drew is also the founding director of the public benefit BIOFAB facility in Emeryville CA, which is developing "expression operating systems" enabling organismal engineering at the genome scale, and the founding president of the public benefit BioBricks Foundation, which develops and supports legal frameworks and open technical standards that enable genetic engineering. Drew is a member of the Committee on Science, Technology, and Law at the U.S. National Academies and has been nominated to serve on the U.S. National Science Advisory Board for Biosecurity. He recently gave testimony and provided opening remarks regarding synthetic biology before the U.S. House Committee on Energy and Commerce and the President's Commission on Bioethics, respectively. 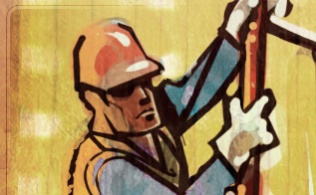