What does the public think?

WASHINGTON - Nanotechnology and synthetic biology continue to develop as two of the most exciting areas of scientific discovery, but research has shown that the public is almost completely unaware of the science and its applications.

For the fourth year in a row, Peter D. Hart Research, in collaboration with the Project on Emerging Nanotechnologies at the Woodrow Wilson International Center for Scholars, conducted a representative national telephone survey to gauge public awareness of nanotechnology, including trust in government to manage potential risks. For the second year in a row, the public was also asked about synthetic biology, this time including questions regarding its possible application to biofuels.

Join us on Tuesday, September 29, 2009, at 12:30 p.m. for the results from the latest poll, as well as an overview of two in-depth focus group discussions on synthetic biology and biofuels. 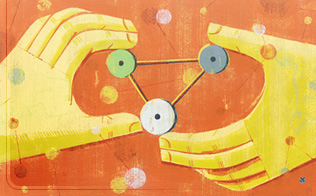 • Required: RSVP Please include "RSVP HART" in the message field of the form. | No RSVP is necessary for the webcast.