WASHINGTON – Synthetic biology is being touted by scientists and venture capitalists as “the next big thing.” Researchers claim to be on the brink of creating artificial life in a laboratory and making the world’s first synthetic microbes. The first blockbuster synbio drug—an affordable cure for malaria—is expected on the market by 2010. And a whole new biofuels industry spawned by synthetic biologists that promises to conquer the globe’s energy problems seems just around the corner.

But will the promises and pitfalls of synthetic biology catch governments, ethicists, biosafety and biosecurity experts, and the public by surprise? Denise Caruso, former New York Times columnist and longtime analyst of technology-based issues and industries, will explore this question with the Center for American Progress’s Rick Weiss. Caruso is the author of Intervention: Confronting the Real Risks of Genetic Engineering and Life on a Biotech Planet (2006). Weiss recently left The Washington Post after a distinguished career as one of the country’s foremost science journalists.

Synthetic biology is an emerging area of research that uses advanced science and engineering to make or redesign living organisms, such as bacteria, so that they can carry out specific functions. The Rathenau Instituut describes the field as the convergence of molecular biology, information technology and nanotechnology, leading to the systematic design of biological systems.

This program is being jointly sponsored by the Project on Emerging Nanotechnologies and the Center for American Progress. 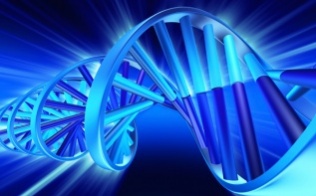 No RSVP is necessary for the webcast.

NOTE:
Webcast will available on delay at 1:45 PM EST.