Synthetic Biology: The Next Biotech Revolution Is Brewing 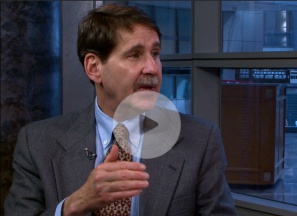 Washington, DC– The safety of early applications of synthetic biology may be adequately addressed by the existing regulatory framework for biotechnology, especially in contained laboratories and manufacturing facilities. But further advances in this emerging field are likely to create significant challenges for U.S. government oversight, according to a new report authored by Michael Rodemeyer of the University of Virginia. Synthetic biology promises major advances in areas such as biofuels, specialty chemicals, and agriculture and drug products.

In New Life, Old Bottles: Regulating First-Generation Products of Synthetic Biology, Rodemeyer examines the benefits and drawbacks of using the existing U.S. regulatory framework for biotechnology to cover the new products and processes enabled by synthetic biology. According to Rodemeyer, initial synthetic biology products will be relatively simple modifications of current technology and can be addressed by existing biotechnology regulations with only modest revisions.

However, as the technology develops, regulatory agencies such as the Environmental Protection Agency and Food and Drug Administration will face challenges in assessing potential risks and the adequacy of controls, especially if complex synthetic microorganisms are released into the environment. Today’s risk assessment practices and laws like the Toxic Substances Control Act and Federal Food, Drug, and Cosmetic Act, simply are not designed to handle 21st century technological advances.

"Before synthetic biology matures, Congress and policymakers should consider how to rationalize and modernize the regulation of new converging technologies, instead of attempting to shoehorn each new area of technological development into laws previously written for a different set of issues and potential risks, " Rodemeyer argues.

“It would be easy to relegate discussions about oversight to the back burner. But procrastination bears a risk. A productive dialogue may become more difficult as synthetic biology evolves and stakeholders become divided in their opinions about benefits and risks. The existing regulatory framework for biotechnology is the natural starting point for synthetic biology oversight. But the framework is at best a patchwork quilt of decades old guidelines and laws that could impede innovation, undercut public confidence, and compromise the promised benefits of synbio,” says David Rejeski, the director of the Foresight & Governance Project at the Woodrow Wilson International Center for Scholars. “Policymakers, industry, and other key stakeholders should start a discussion now on the basic question of whether existing regulations will work with advanced synthetic biology, and if not, what changes may be needed to ensure safe development and application of the science.”